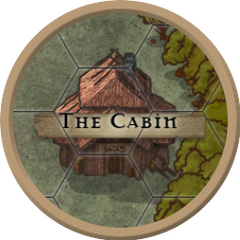 Welcome to our lovely carrd.co site! As the title suggest, we're The Cabin System! A Tulpamancy/Parogenic system from some island in Indonesia!

As per traditions, we have a few Do Not Interact list. The list is heavy Trigger Warning, so please proceed at your own discretion.

Do not interact if you are:

2. Queerphobes, Aphobes, Transphobe, etc. We support our queer folks, from those that are in the LGBTQ+ labels, the m-spec lesbians/gays, and our comrades who use any kind of microlabels.

3. Anyone who supports the Pedophiles, Necrophiles, or Zoophiles. We don't tolerate abuse. Yes, even if you claim yourself as "someone who doesn't take action to this" and those who are apologists.

4. Exclusionist of any kind. Be it TERFs, BLERFs, SWERFs, etc. Again, we don't tolerate hate.

5. Anti-BLM, fascist, or in any hate group. We really try to not fight with people.

Though we also know that these kinds of people would slip through the cracks, we also encourage friends to poke us if any of these folks are in our follow list.

We also do commissions! You can visit our host's Ko-fi page with the button below but we would mostly take:

We'll work on your video! From things for your YouTube channel, highlights, advertisement, or even just silly videos for your friend's birthday!

We can do simple motion graphics that you can use for an intro/outro of your videos, perhaps along with transitions? We're still learning on this part but we can probably do it!

Want to do a livestream and in need of a layout? We can design it with StreamElements!

Already got a video and in need of that clickbaity or beautiful thumbnails to match? We can fix you one up!

As stated above, all details are in our host's Ko-fi link right below! Just give a click and read through the details and examples. You can contact us via our contacts too!

Who is The Cabin System?

We're a Tulpamancy/Parogenic system hailing from an island somewhere in Indonesia. We started out as a system around 2012 where V (our host) start to dabble with Tulpamancy via /r/Tulpas. That's when he created Khist. We had a bit of a fallout around 2013 - 2014 then return to the Tulpamancy community at around 2017.

Since then, the system grew into 7 people. The art on the top of this was made before Hera came to be, sadly.

V
I'm Vincent! The host of this lovely (and honestly often time tiring) system. As previously mentioned I had Khist from 2012, had Nem from around 2017 and Finnan, Dandoria, with Elden and Hera coming right after. My hobby is to make a video, watch anime, and shitpost anywhere. Human male (He/Him) and bi. I do VTuber stuff over at Twitch. I also have my own Twitter!
My tag would be the🎲 or V: this.
Khist
Greetings, the name's Khist La Vi-Regner, or ya can call me Khist. I might come off as the medieval one for the whole system. Will call anyone a lady or a sir. I'm also the most social one in the group, so you'll see me the most in any of our accounts. I also have a son named Elden and two kids over my lover's system too. Pan and polyamorous, wood-elven girl (She/Her) I've popped out on June 22nd.
My tag is usually 🏹 or [This]

Nemeia
Hello~! I'm Nemeia Tiriene, your giddy warlock! Nem's the 2nd most active. Nemmy might look like a demon from the underworld, but Nem's quite cheery ^^! Nem has a lovely wife over another system that Nem love and hold very dearly. Nem's birthday is on October 20th! Female tiefling (She/Her) and a less!
Nem's tag is the 🕷 or (This!)

Finnan
Name's Finnan. Being quite different than the others as a walk-in, I'm mostly tending to the host if he's troubled or the others feel distressed, just like a guardian of a sort. I would mostly stay around in the wonderland unless I'm needed upfront. Male halfling (He/Him) and asexual. My birthdate is on the 1st of February.
My tag is ⛪ or {This}

Dandoria
The name's Dandoria Grenen, though you can call me Ria. My form is a female Protector Aasimar (She/Her), also a lesbian. I, along with Finnan, would be the system's guardian of a sort. Keeping the system float and help around as best as we can. My birthday is on July 23rd. Though I don't feel that would matter much.
I would use the tag would be 👼🏻 or /This/

Elden
Greetings, the name's Elden. I'm Khist's child whose birthday is on January 7th! I'm sometimes a wood-elf, sometimes an angelic-cat. My left eye is purple while the other is brown, having both my mother's eyes! Would occasionally found with the host playing games. I'm genderfluid (They/Them or He/Him), on occasion would be in either femme form or masc form, and also a pansexual~!
My tag is the 🥋 or -This-

Hera
Hi, I'm Hera. I'm a split from my big brother, Elden. So I'm the same race as them, a wood-elf with a mix of angelic-cat in me. Just like my brother, I have heterochromia. Though the purple eye is on my right and my left's brown. I'm femme (She/Her) and I'm still looking through my own self for my sexuality.
My tag is the ⚒️ or +This+

Most guides or sites would define tulpa as an autonomous thoughtform/headsmate that is created in the mind, acting independently of, and parallel to one's consciousness. Tulpas can think, have their own free will, emotions, and memories.

Though most older Tulpas would consider tulpas as this headsmate that is created for a long period of time and quoting tulpa.io:

"They are distinct from the host in that they possess their personality, opinions, and actions, which are independent of the host’s, and are conscious entities in that they possess an awareness of themselves and the world. A fully-formed tulpa is, or highly resembles an indistinguishable point, an actual other sentient, sapient being coinhabiting with the host consciousness."

There are also two way into looking at Tulpamancy;

The most common interpretation by the "outside world" would be the latter. Most argue that it's the wording "Tulpamancy", referring to the more magical side of things.

Though if you see in the Tulpa community itself, most see it as a solely psychological phenomenon rather than thee metaphysical/occultic.

Tulpamancy history, as the popular conception of its states, starts in Tibetan Buddhism. Though the purpose of Tibetan Tulpamancy (as we will refer it to as of now) is for self-betterment, not for a permanent plurality. At this time, it was known as "sprul-pa"

The western world started knowing about tulpamancy from a female European explorer name Alexandra David-Neel who wrote all of her experience in "Magic and Mystery in Tibet".

From here, the ideas start to float though it's seen as something spiritual or even near-mystical. Some ended up passing down the practice of "Tulpamancy" among their families.

Though this where the water starts to get muddy and how most folks would still consider Tulpamancy as a whole is spiritual and counts as "cultural appropriation".

Up to this point, Tulpamancy is still considered as something to do to "better oneself", as a self-help tool. Which was essentially what the Tibetian do. Even to a point that Alexandra herself claims, that tulpamancy is something dangerous if not controlled.

As we move to a more Modern Tulpamancy/Western Tulpamancy/Parogenic understanding, the thoughtform ideas turn into a more permanent, friendly companion.

What we would call Modern Tulpamancy (or as recently most people would use the term Parogenic) starts at around 2009 where 4chan's /x/ board starts talking about "Tulpae". Starting from viewpoints, the infamous creepy-pastas, and slowly to creation. Though during this, the discussion starts as something metaphysical.

During this time, it bounces from other boards as it was banned off of /x/. Notably it was on 4chan's /a/ and /sci/. It was until the discussion starts to gain more traction on /mlp/. Making the board a viable home for tulpamancy discussion.

From here, guides on tulpamancy start to prop out. as of around April 2012 that tulpa.info prop up and gain members. Sharing their view, experience, and teaching any new-folks on "modern tulpamancy".

If you would like to know more about Plurality, DID and OSDD, and Tulpamancy, you can visit these nifty links!

Wanna be friends or just stalk us some more? Here are the links to our contacts too!

We also a host of a Plurality-orient podcast called Wonderland Podcast, which you visit on the YT link below!

Our host is also a VTuber! You're welcome to check his things over at his Linkt.ree!